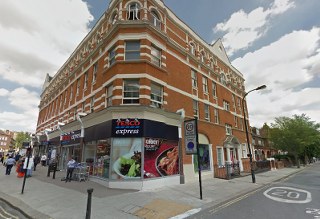 Moving house can be a tricky time. With all sorts of things to think about and only one chance to get it all right, you’ll be looking for ways to make your removals to West Hampstead as easy as possible. The most common tip that people hear for making the process of relocating a whole load easier and more relaxed is centered on getting the right removal company. You need a moving company that will be able to advise you on how to go about your move, as well as reducing the amount of work that you have to do, and looking carefully at your budget. If this is the kind of company that you think you need for your removal to the NW6 area, then give Removals London a call on 020 8746 4334 today in order to hear about why we offer the best moving services for your money. Having a team of fully trained experts in the removals industry can make your life so much easier in the long run, and with all of our different removal services available in NW3 region, there is a way to meet your budget, no matter who you are, or the size of your move. Do not wait another second and call us now for more information.

A Closer Look at West Hampstead

West Hampstead is an area in the northwest of London, which falls under the NW6 postcode. Despite this, it falls under the London borough of Camden in Greater London. Before the 19th century, the region was a village known as the West End, which was clearly an extremely different type of place to London’s current West End! In fact, it seems that the area was renamed when the railways were built, in order to reduce confusion between the two areas. West Hampstead is served by several train stations, being on both the Jubilee and Overground lines, with busses also easily available from the area to the rest of London. This easy access has made the area very popular, especially when twinned with the ‘village feel’ of West End lane, which has markets, cafes and bakeries open in the daytime. The area is populated by many celebrities, and is considered a rather nice place to be, meaning that house prices can be quite high. One local landmark that is worth seeing is the fire station, which is still standing and serving, despite having been built in 1901. The Public Library, which was built in the same year, did not fare so well, however, having been destroyed by an incendiary bomb in 1940.

For your removals to West Hampstead, you will need to sort certain things out yourself, even if you have the best moving company in NW11 to help you out. Getting parking permits for the area outside of your house in NW3 region is essential, and it is up to you, as we are not in a position to book them for your properties. Failure to do so can mean that you have difficulty getting the removal van near to your place, and this can mean that things cannot be unloaded from it. Check the site of the local council for more information on parking in the NW6 region and avoid getting fined or clamped. Hopefully all that you have read will convince you to give Removals London a shot and hire an expert team of movers. Call us on 020 8746 4334 now and get a free quote for the perfect removal, with less stress and more time left for yourself.