We Make Removals to Waterloo, SE1 Easy and Affordable 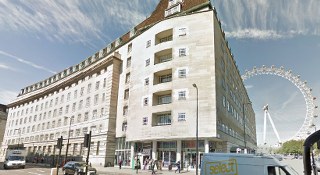 Moving house is a pain, and you never really know how to make removals work until you have done a couple. Of course, given that the average Briton moves around 10 times in their life, this is not so easy, and moving house is not something that gets any easier with time, as by the time you move again, you will have forgotten all about the last one! The best way to make sure that your relocation to Waterloo is an easy, efficient and affordable one is to hire the best removals experts in the area, and you will likely find that we at Removals London are exactly that! Getting everything right is difficult, but if you have a moving company on board who have the experience and knowhow to let you relax and concentrate on other important parts of the move, then you will be in a much better position to get everything right with as little stress as possible. Using a well-respected SE1 based removal company will mean that you do not have to risk the safety of your items by moving them yourself, nor injury as you attempt to lift something without the appropriate safety training. Call us now on 020 8746 4334 to get your removals to SW1 region underway with a proper professional firm.

Some More Information about Waterloo

It is strange to think that such a built-up area used to be marshland, but in fact, the region of Waterloo, which is part of Lambeth in southern central London, under the SE1 postcode, was exactly that, up until the 18th century when it was drained. The area is named after the bridge over the Thames that it is situated around, which in turn was named after the Battle of Waterloo, fought in 1815 in another Waterloo, in Belgium. The area really began to develop after the Waterloo train station was built near the bridge in 1848. It is this train station that gives the area its main popularity, but Waterloo also plays host to various cultural centres, like the Old Vic Theatre. The Old Vic is an extremely important part of British theatre heritage, and since being built in 1818, has been treated to the likes of John Gielgud, Lawrence Olivier and Kevin Spacey treading its boards. The theatre brings great numbers to the developed area south of Waterloo station, which is known as ‘the Cut’. Therefore, the area has built itself a bit of a cultural reputation, with film studios and the likes opening in the old warehouses and railway arches that the place has in abundance.

You Should Prepare All Permits in SE1 District Beforehand

Moving into the Waterloo area could well be the beginning of a great new chapter in your life, so don’t let it be marred by accidents or wasted cash on removal services in SW1 region that are far from the best. Hire Removals London to give you great quality and fantastic value throughout your removals. Give us a call on 020 8746 4334 now to find out how we can help you and what moving services and packages we have to offer. There are unfortunately things that we can’t do for you during your house removals, and one of those issues revolves around parking. A move to the SE1 district can be a difficult one if you do not have your parking permits sorted, as we will need to park as close as possible to your property. Failure to get the right permits can result in clamping or fines, so have a look on the respective website of the local council for information on the subject, so that you don’t get caught out.