Call Today For the Top Removals Services in Twickenham, TW1 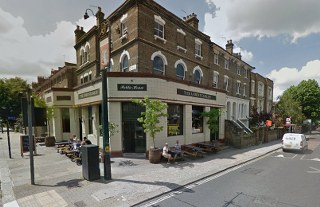 When you are moving house it can often feel like there are too many things to get sorted in order to be able to handle it all properly. There are many tips for making your move to Twickenham easier, but the main piece of advice given to those who are fearful of their Twickenham relocation is to get hold of a decent removal company. Removals London is a well experienced moving company with a dedication to giving you the best service that we can, which stands for a lot in an industry based around moving your precious belongings. Give us a call right away on 020 8746 4334 to talk to our friendly staff about your move to TW1 region. We can advise you on many aspects of the process to ensure that you are in a position where you know exactly what you need, and what extras you can afford for your removals. We can offer you a team of well trained and well experienced movers based in the TW2 area, all of whom are well placed to get your items moved with no hiccups, given that they are all well versed in the various problems that occur during house and office removals, and well adept at solving them!

A Closer Look at Twickenham

Twickenham is a large town situated southwest of London in the borough of Richmond, and forms the administrative centre of the borough. The town uses the postcodes TW1 and TW2, and whilst being a part of Outer London, feels much more like its own town, due to its size and origins. Like much of the area, Twickenham developed out of the landed gentry building their own estates in the region because of its natural beauty, and as the areas became denser, the town was established. In the 18th century, Twickenham had several gunpowder mills in operation, though they seemed to keep blowing up. You will be pleased to hear, if you are intending on moving to the area, that the mills were closed in 1927, but Twickenham still hosts certain features of the old industry, including blast embankments. In south Twickenham lies St Mary’s University, which is the oldest Catholic college in the United Kingdom. It still specializes in Sports studies, which is appropriate given the area’s sporting heritage. Twickenham stadium is probably the biggest feature that the area has, being the capital of English rugby since it was built in 1907. The stadium is also home to many musical acts.

There are many reasons to be excited for your relocation to Twickenham, as the area is an excellent place to base yourself, and getting hold of a great removal company will ensure that you do not find yourself getting overly worried about the removals process. There are things that you need to sort out on your own, however, the main one of which is parking in the TW1 area. If you cannot get parking sorted near your properties then you will not be able to efficiently get your items to the moving van, and if you have to park in an illegal space then the fines can be quite significant, especially if you get the van clamped. So, take a look at the regulations on the local authorities’ website for more information on parking in the area so that your removals go smoothly. For a free quote and fantastic removal services, call Removals London on 020 8746 4334 today so that we can get started as soon as possible!