Call In the Top Removal Company for Your Move to Roehampton, SW15 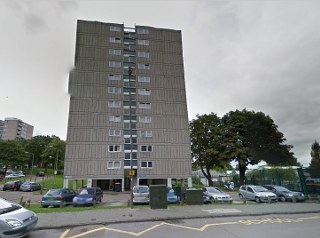 Moving house to Roehampton can be a pretty tricky affair. You will no doubt have given a lot of thought to how to get everything moved around, but it is hard to know whether to spend the money on a removal company or not. If your place is a smaller house or flat, then you may feel like you need to make a decision as to whether you use a full-scale removal service, or just a man and van in SW15 region. At Removals London, we will give you great advice on which of our moving services to go for, so that you can be absolutely certain that you are investing in the right way to get your removals to the SW14 region completed. Give us a call on 020 8746 4334 now – that will be the first step towards making yours a worry free move, as we can put you at ease with our helpful advice, and well trained and professional teams of movers. Whether it’s a mansion or a bedsit, we have a moving service for your needs in SW13 areas.

A Bit More About Roehampton

Roehampton is based in the South West of London, under the SW15 postcode. The area is settled in between Barnes and Richmond, and is therefore part of a set of affluent areas in the southwest that cater to commuting families. Roehampton is part of the borough of Wandsworth, and is based on the A306 road, so is easily accessible. One of the more notable features of Roehampton is that it was originally a village that served as a place for wealthy residents to travel up to London from. For this reason, some of the older architecture comes in the form of large summer villas and detached houses that were built by these historical figures. Many of these have been taken on by the University of Roehampton for student housing, and others have become privately owned flats. In a rather different architectural style is the Alton Estate, which is quite a contrast to these older buildings, in that it is one of the largest council estates in the United Kingdom. Built in a high rise modernist style in the late 1950s, the estate has been featured in various television programs as a rather bleak backdrop! You should not let this put you off, however, as whilst the estate is undergoing regeneration projects, the rest of Roehampton is famed for its beauty. If you want to visit a place that gives you an idea of the history of the area, then you should certainly visit the Kings Head Inn, which is still in its 18th century form!

We Can Make Your Relocation across SW15 District Easy

With so much to look forward to in your new home, you will want to make your removals as easy as possible. Removals London can give you the best home removals experience ever in SW13 district. Call us on 020 8746 4334 today for a free quote and get started on a pleasant move to the SW14 area. One of the things that many people neglect to get sorted in advance of relocation is parking, which is a pretty big factor in terms of making your removals go smoothly, as when your team is loading up their van or lorry, it helps if it’s settled in a legal parking space near to your house. Failure to sort these things out can result in fines and clamping, which will either slow down the move quite considerably, or cost you a lot of money. Have a look at the site of the local authorities for information on parking so that you have no problems during your relocation to Roehampton.