Call Today for the Top Man and Van Services in Paddington, W2 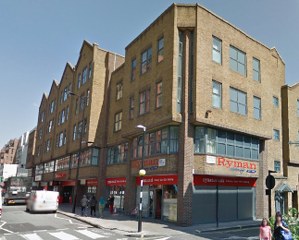 If you are moving a small flat or house, then you should get a man and van service sorted as soon as possible, so that you can avoid spending money unnecessarily, and so that you can retain a great deal of control over your move to Paddington. Removals London are the perfect man with a van service in W2 region if you are looking for good quality moving services and an extremely competitive price range. Call us now on 020 8746 4334 to get a free quote for your job, and to see whether you agree with us when we say that we are one of the best man and a van services in the W1 region. Handling smaller removals has never been easier than with our man with van service, as we provide a well-trained and safety proficient man who is extremely experienced in the removals industry, and will be able to help you load everything up as well as get you from A to B. So what are you waiting for? Make an easy move a reality with us - call now to hear about our range of W2 based removal services.

Paddington’s railway station is extremely famous as it has been immortalized in many works of literature, though none so much as the children’s stories called ‘Paddington bear’ which are about a bear that comes from the station, and who is extremely fond of marmalade sandwiches. If the legend of Paddington bear does not interest you, then it is likely that you were attracted to the area by the fantastic connections that it has with the rest of the city as well as the country via the rail links it provides. The area is also full of nightlife and culture, with Central London and Oxford Street extremely nearby as well as Notting Hill just down the road. The railway station is a celebrity in its own right, as it was built by Isambard Kingdom Brunel, one of the greatest engineers that the United Kingdom has ever seen. The area is in the W2 postcode district, and is flanked by Bayswater and Notting Hill, to name a couple of neighbouring areas. Paddington has attracted many notable people, but it may interest you to know that both Prince Harry and Prince William have lived here! Besides the railway station, there are other landmarks, including the Paddington Green Police station, which an extremely important high security unit, and St Mary’s Hospital.

Get the Professionals in W2 Region!

Moving into the W2 areas will require some help from a man and van service, so you should certainly get in touch with Removals London as soon as possible. Call 020 8746 4334 today and we will guide you through all of the options and moving services that are available to you, so that you can make a decision that is good for both your removals and your budget. With this in mind, you should be aware that there are certain things that a man and a van service in W1 region cannot get sorted for you, and this includes parking permits. Parking illegally in the area may well lead to fines, clamping and causing congestion, which can be expensive and irritating. Have a look at where you can park and get permits for parking on the site of the local council well in advance of your relocation.