We Have the Most Reliable Removals Team in Knightsbridge, SW1 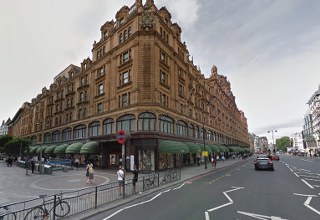 If you are moving to Knightsbridge, then you will be looking forward to settling into your new place in one of London’s most affluent areas. The area is one of great beauty and wealth, with a great many shops and high-end boutiques in the surrounding areas. You will find that you are surrounded by the famous and influential, which can be a wonderful thing. Less wonderful, however, is having a stressful or unnecessarily expensive removals experience. With Removals London as your movers in SW1 areas, you will find that you are getting the best possible moving services for the best possible price, which can be a source of great relief, especially during an extremely stressful time in your life.

Our Team Is Well Trained and Experienced

Knowing that you are in capable hands is another element of choosing the right removal company that will make you able to relax and concentrate on other elements of the move. We train our movers to an extremely high standard, and make sure that every single one of them is well versed in safety measures to ensure that your move is performed to the highest standards possible. This will mean that you will not be shelling out on damages to your items, property or even yourself, which can happen should you try and do the removals on your own, or if you hire a less competent moving company to do your move to the SW3 area. Imagine if you tried to get things done yourself, and you were carrying a sofa down some stairs, and you tweaked your back slightly, slipping a disk. This would be excruciating for you, and would likely mean that you dropped the sofa, potentially injuring whoever was carrying the other end, as well as likely causing damage to the sofa and the stairway! Is this the kind of accident that you can afford to have happen? The costs of the damages caused by an inefficient move can often be a lot higher than those of hiring a good value removals company, so choose wisely and call us now on 020 8746 4334 for a free estimate!

Why Is Knightsbridge So Popular?

Knightsbridge is an area full of amazing places to see and things to do, an exclusive area, based south of Hyde Park, and leading down to the ever palatial Sloane Square, and known for being particularly expensive in terms of property, as well as containing an extremely high number of high-end shops for its area. Knightsbridge has not always had the reputation as a lavish area, however, as in its early days, the region was well known as being a haunt for Highwaymen and robbers who would lay siege to the carriages coming out of London and heading south or west, robbing the rich and making off with any valuables that they could. The area is dominated by the SW1 postcode, due to its proximity to Central London, which makes some sense of its prices and exclusivity. As a part of the boroughs of Westminster, Kensington and Chelsea, it is part of an extremely privileged region of the capital.

Make Arrangements for a Stress-Free Relocation in SW1 Region

When you are moving house to SW3 region, you may be able to rely on your removal company for help with many elements of the move, but parking is unfortunately not one of them. In order to avoid paying loads of money on parking fines in Knightsbridge, you should look on the local authorities’ website for information on parking permits in the area. Give Removals London a call right now on 020 8746 4334 in order to get a free quote for the best moving services you could possibly want for your removals!